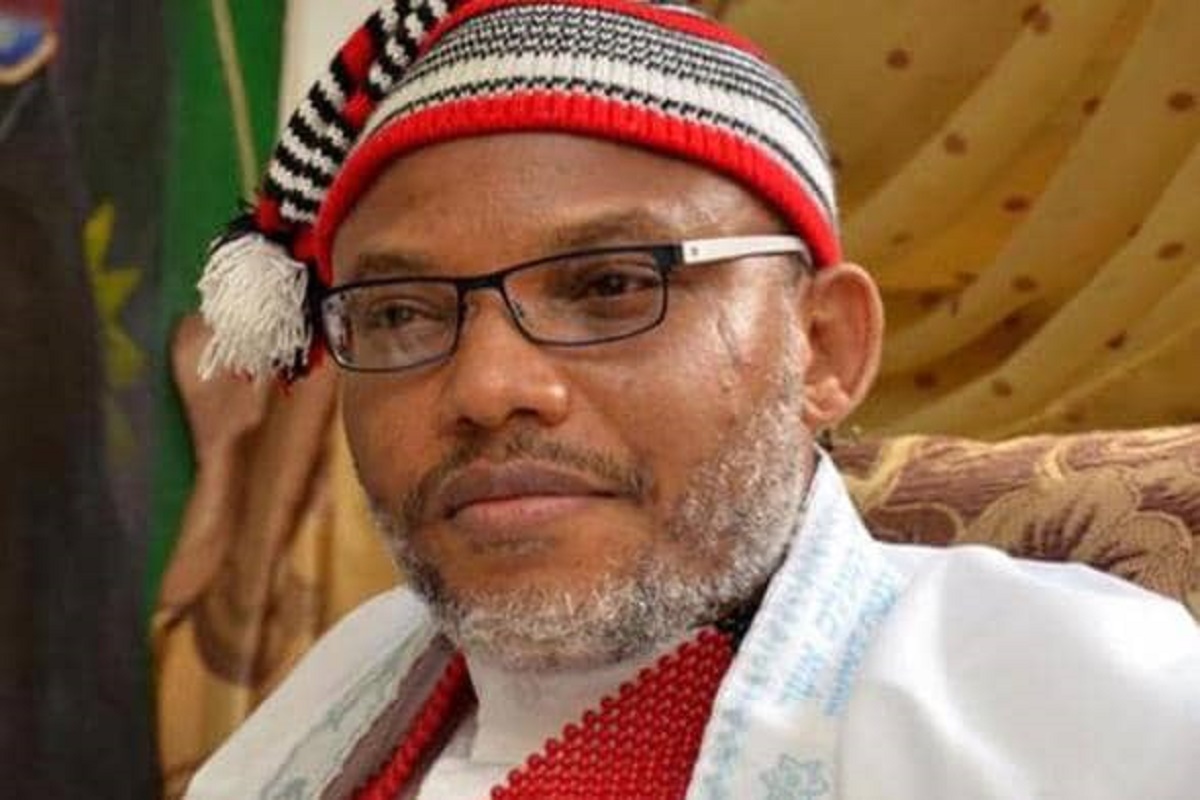 Despite several calls on the Federal Government to obey the judgement of the Court of Appeal, Abuja Division, freeing the detained leader of the Indigenous People of Biafra (IPOB), Nnamdi Kanu, it has approached the Supreme Court with an application seeking the court to set aside the judgement.
The appellate Court, in a judgement delivered last week, discharged  Kanu from all the charges preferred against him by the federal government on the ground that he was illegally brought into Nigeria from Kenya.

The Federal Government, in the appeal, hinged on seven grounds, wants the apex court to grant a stay of the execution of the judgement of the Court of Appeal delivered on October 13, 2022.
The Office of the Attorney-General of the Federation (AGF) filed the appeal, which among other things, prays the apex Court to set aside the judgement of the lower court.
The Federal Government is contending that the Court of Appeal erred by faulting the manner Kanu was renditioned from Kenya to Nigeria after his alleged jumping of the bail granted to him by the Federal High Court in 2017.

The government argues that the Appeal Court acted in error by striking out pending charges preferred against Kanu based on the fact that the trial judge had no jurisdiction to handle the matter.
The date for the hearing of the appeal by the Supreme Court has not been fixed.
The three-member panel of Justices of the Appellate Court, in a judgement delivered last week, set aside the judgement of the Federal High Court, Abuja, which quashed 8 out of 15 counts charge preferred against Kanu.

In the unanimous judgement delivered by Justice Oludotun Adefope-Okojie, the court declared as illegal and unlawful, the abduction of the Biafra nation agitator from Kenya to Nigeria and quashed the entire seven charges retained by the trial court against him on the ground that the Federal Government breached all local and international laws in the forceful rendition of Kanu to Nigeria, thereby making the terrorism charges against him incompetent and unlawful.
The appellate court agreed with counsel to the IPOB leader, Chief Mike Ozekhome (SAN) that, Kanu was illegally abducted and extra-ordinary renditioned from Kenya to Nigeria,  against both, International and local laws.

The appellate court, therefore, discharged Kanu and ordered his unconditional release.
However, the federal government, through the AGF, Abubakar Malami (SAN), declared that the discharge does not mean acquittal, hence other legal means would be sought to try Kanu.
Justice Binta Nyako of the Federal High Court in Abuja had said, in her judgement that counts 1, 2, 3, 4, 5, 8, and 15 showed some allegations, which the IPOB leader had to answer.
But Kanu, through his team of lawyers led by Mike Ozekhome (SAN), filed an appeal marked CA/ABJ/CR/625/2022, praying the court to quash the remaining seven counts for being devoid of merit