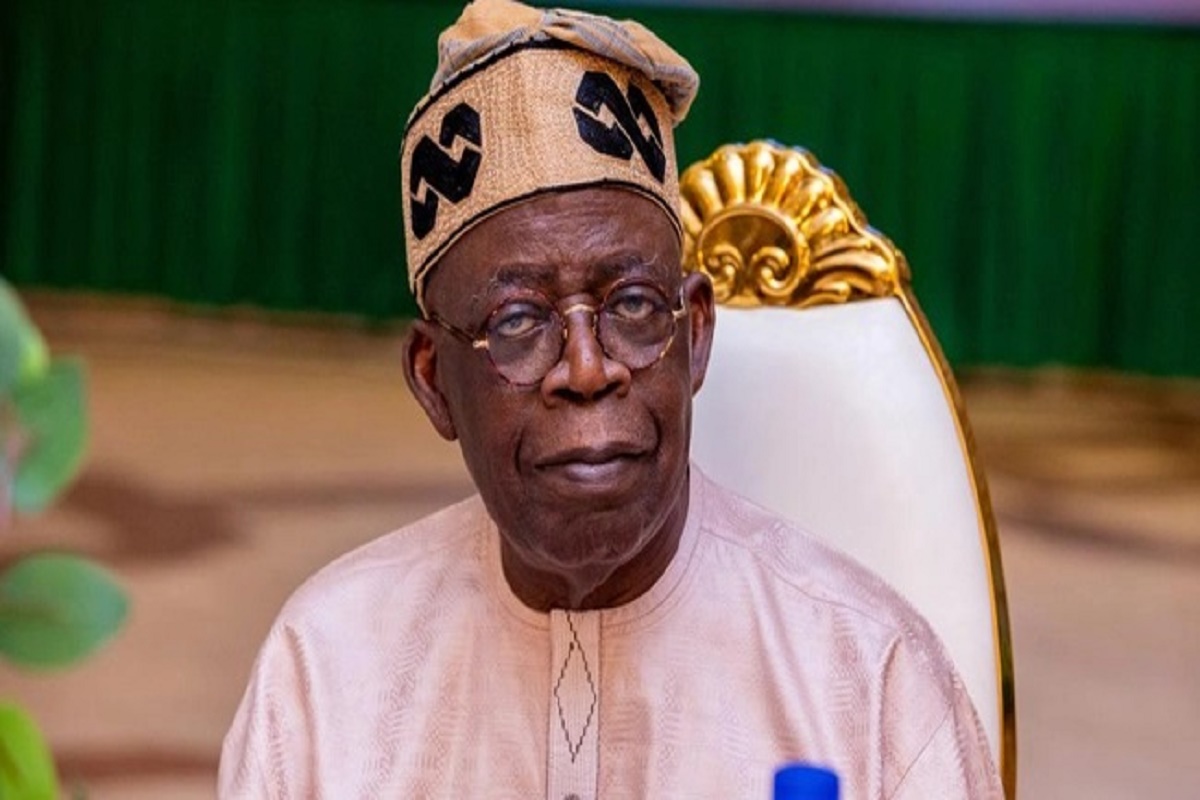 For the second time in a week, the meeting between the presidential candidate of the All Progressives Congress (APC), Bola Tinubu, governors of the party, members of the party’s National Working Committee (NWC) and the disputed Presidential Campaign Council (PCC), yesterday, ended in deadlock.

The meeting, which again, failed to agree on a particular date that the ruling party would flag-off its campaign, however, saw the National Chairman of the party, Senator Abdulahi Adamu, stay away from the deliberation that lasted hours, raising concerns about the state of the party.

The meeting was a follow up to last Wednesday’s tripartite committee meeting aimed at harmonising the party’s presidential campaign council list.

But the spokesperson of PCC, Mr. Festus Keyamo (SAN), has said the President Muhammadu Buhari’s schedule, being the Chairman of the campaign council, was delaying the flag-off of the campaign.

At the same time, wife of the APC presidential candidate, Senator Oluremi Tinubu, yesterday called on women to mobilise for the victory of the party at next year’ elections.

This is as the Director of New Media of the PCC, Chief Femi Fani-Kayode, also yesterday, said the opposition Peoples Democratic Party (PDP) has lost its aggrieved five governors, because it was unable to manage tendencies within the party.

THISDAY recalls that the 422-member campaign list initially released, had created discord within the party with the governors, party leadership and stakeholders expressing dissatisfaction.

It was against this background that the campaign activities of the ruling party were put on hold indefinitely to ensure all hands were on deck and everyone carried along.

The meeting, which held at the Transcorp Hotel, Abuja, started a few minutes after 11a.m and ended 2:15 p.m, had in attendance Tinubu, the Campaign Director General and Governor of Plateau State, Simon Lalong; Speaker of the House of Representatives, Femi Gbajabiamila; and party’s Vice-Presidential candidate, Senator Kashim Shettima.

Speaking with journalists after the meeting, spokesperson of the PCC, Mr. Festus Keyamo (SAN), said the schedule of President Muhammadu Buhari, being the Chairman of the campaign council, has contributed significantly to the delayed take-off of the campaign.

He said Buhari’s schedule has to be put into consideration before a specific date would be fixed for the commencement of campaign.

Keyamo stated: “You know that the structure of our campaign involves Presidential diary. I have said that our campaign is not going to be like those that they can kick and start like small vehicles. It is maneuvering a 50-ton tanker on a highway and once we hit the highway, it will be in motion and movement.

“Since Mr President is the chairman of the Campaign Council, we are going to take his diary into consideration in picking and choosing the date. However, we have all virtually agreed to hit the street very soon. We have also agreed on the region we are going to kick-start but I won’t say that now. We have also agreed on all the basic issues. We just want to carry along the leader of the party, Mr President and hit the street.”

He however, assured the people that all the organs of the party were united and working in unison towards one purpose, adding also that Tinubu had already presented a draft manifesto to the party.

Asked to give details of the manifesto, Keyamo noted: “We can’t give you the content, because we are not going to take it away from our candidate. He is going to present himself before Nigerians on a particular date and occasion. We have set up a small committee charged with the responsibility of reducing the manifesto documents to major highlights in message form we will sell to even the market women, street traders in the most simple language.

“We don’t want to present to Nigerians a very complicated document that they cannot understand in simple terms,” he added, stressing that they had accommodated all the interest groups in the campaign list, and there was virtually no disagreement at the meeting.

On the allegation made by the Coalition of United Political Parties (CUPP), that APC has connived with the Independent National Electoral Commission (INEC), Keyamo described the allegation as absolute nonsense.

His words: “There has been absolutely no occasion, where the APC, either through NWC or any of levels of leadership put any kind of pressure on INEC. Those sensing defeat are already looking for reasons for that defeat. It is one of the reasons, it is one of the excuses they are trying to generate to accommodate their defeat, but they should know that the defeat is imminent.”

On the commencement of PDP’s presidential campaign, Keyamo said APC would allow the “little boys to continue, the big boys are coming behind.”

Tinubu’s wife, Senator Oluremi Tinubu, has called on women to mobilise for the victory of the party at next year’ elections, even as she

expressed confidence that Tinubu and Shettima would protect the interests of women as well as safeguard their rights if elected at the polls.

Mrs. Tinubu said the women’s wing of the APC presidential campaign, comprising seasoned politicians, market women, media professionals and others, possessed the ability to bring the party over the finish line in first position at next year’s polls.

“When women are united, wonderful things happen; and I have immense confidence in the ability of the amazing team assembled here today to secure the women’s vote for APC,

“I want to specifically thank the countless women groups who have been up and doing even before Asiwaju’s victory at the primary election was certain. From our market women’s groups to our young women’s groups, to our inter-religious groups to those constituted by current and former female government officials, and other classifications too numerous to mention, I thank you all for your unflinching support and your unshakeable belief in the prospects of a Tinubu/Shettima presidency.

“I urge you all to intensify efforts at mobilising women in your respective domains and prepare to receive us in your states and zones as part of our campaign activities. I urge you to also work with other capable women, who are not here with us today as members of the campaign team, but have the energy, skills, network, resources, and commitment required to mobilise women for the upcoming elections.

“Let us tell our women that the Tinubu/Shettima ticket is the best option for them, because the track records of both men show that they are gender-sensitive and committed to uplifting the Nigerian woman. With these two men at the helm of affairs, Nigerian women can rest assured that their interests will be protected and their rights, safeguarded. Not only that, you can also count on Hajiya Nana Shettima and I as your partners for progress. You can count on us,” she said.

Director of New Media of PCC, Chief Femi Fani-Kayode, who also spoke to. journalist after the meeting, equally described the allegation by the PDP that the APC was trying to stop the use of Bi-modal Voter Accreditation System (BVAS) in the 2023 elections as ‘nonsense’.

“The answer to that is absolute nonsense. It’s what you call poppycock. And these are the words of a drowning party spoken by a drowning man with a drowning candidate. There is nothing like that. We are above board, we are serious about what we are trying to do, we are going to achieve our objective, we are going to win this election fair and square. And they are the ones that have lost five governors.

“They’re the ones that can’t get their party leaders to come to their rallies at their presidential inauguration. We don’t have that challenge. We are working slowly but surely. As one together, everybody’s coming together. And I’m very proud to be part of this.”

Fani-Kayode noted that the meeting had put to rest, any controversy on the campaign list.

According to him, “This meeting we just had has more or less clarified everything, that is why the Publicity Secretary of the party, is here; that is why all the four media directorates in the PCC were represented. Everybody was there, the governors, the PCC.

“We are all speaking as one; we all agree on everything. We’re working towards an objective, which is to launch as soon as possible and not to come out strongly and there’s really no hurry about this as far as we are concerned.”

Fani-Kayode noted that the ruling party has a very strong team, candidate, governors, as well as strong party input, adding that the PCC was waxing strong.

However, defending the absence of Adamu at the meeting, National Publicity Secretary of the party, Felix Morka, maintained that the chairman wasn’t missing at the meeting because he was represented by his deputy.

Morka, who disclosed that, the issue of campaign financing of the party was still being discussed, explained: “Well, that’s a matter that is still in progress. Our campaign financing is really important, because without it, you can’t do a whole lot. But that is a subject that we will discuss in due course.”