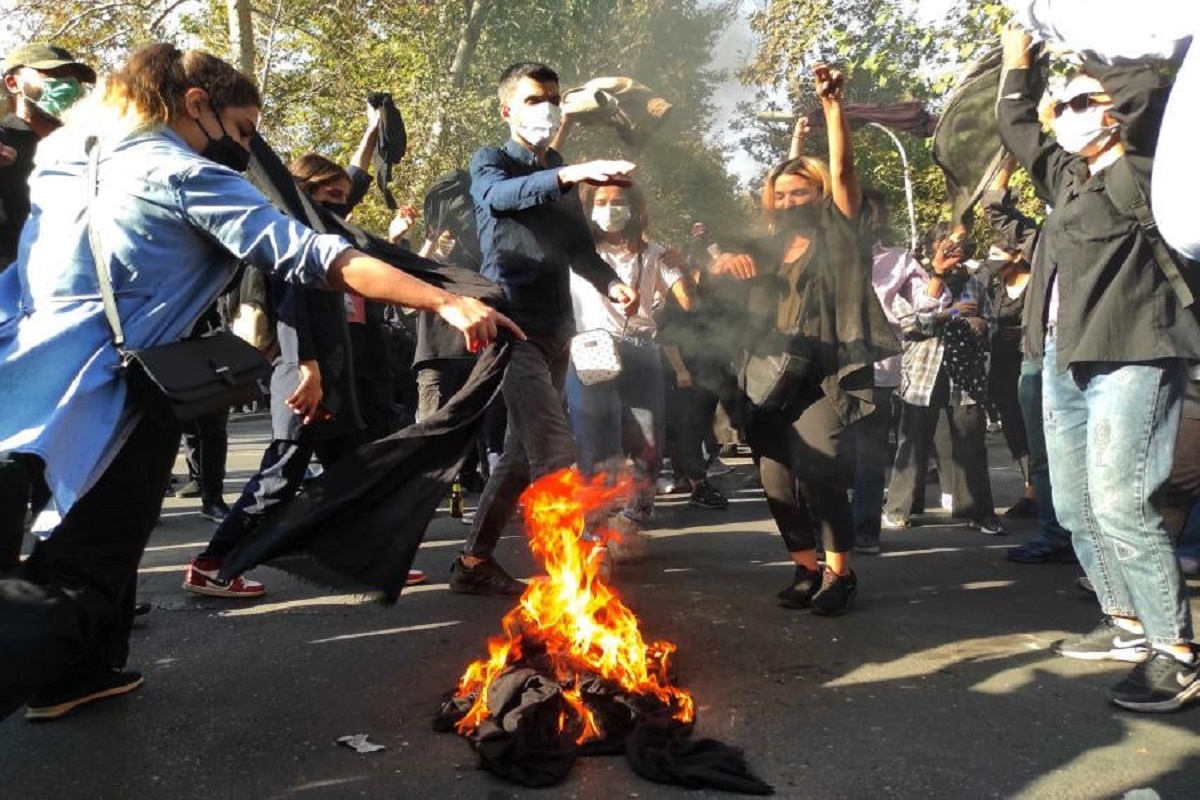 The United States has issued sanctions on seven senior Iranian officials over the Iranian government’s violent crackdown on mass protests and restrictions on internet access in the country.

The massive protests taking over the hardcore Islamic republic of Iran were sparked by the death of Mahsa Amini, a 22-year-old Kurdish Iranian woman detained by the country’s morality police on September 13 after being accused of violating the country’s conservative dress code.

The White House on Thursday, October 6, said the US was going to take further action against Iran over their response to the protests earlier this week. Secretary of State Antony Blinken said the new US sanctions announced Thursday were due to Iran continuing to crack down on “the right to freedom of expression and right of peaceful assembly, including by shutting down access to the Internet” following the death of Amini.

The new sanctions target Iran’s Minister of the Interior, Ahmad Vahidi, who oversees all the country’s Law Enforcement Forces (LEF) that have been used to attempt to suppress the protests.

The sanctions also target Eisa Zarepour, the Minister of Communications, who is “responsible for the shameful attempt to block the internet access of millions of Iranians in the hopes of slowing down the protests,” the release from the Treasury Department states.

Since #MahsaAmini protests in Iran began, we across multiple BBC departments have been verifying videos on a daily basis, keeping a national heatmap, monitoring online hashtags and the impact of the internet shutdown. Here's what we've found#مهسا_امینیpic.twitter.com/JpbAcWN3Qn

Blinken said the costs that the Biden administration are imposing on Iran demonstrate the US support for the Iranian women who have been protesting for their rights.

“Today’s action follows the September 22 designation of the Morality Police, its senior leadership, and other senior security officials, and the release of Iran-related General License D-2, which together demonstrate that the United States stands with the brave citizens and the brave women of Iran who right now are demonstrating to secure their basic rights,” Blinken said.

The sanctions came the same day Amnesty International released a report accusing Iranian security forces of killing 82 and injuring hundreds more in the southeast of the country.

“As a result of today’s action, all property and interests in property of these individuals that are in the United States or in the possession or control of US persons must be blocked and reported to” the office of foreign assets control, the Treasury Department release states.

“The rights to freedom of expression and of peaceful assembly are vital to guaranteeing individual liberty and dignity,” Under Secretary of the Treasury Brian Nelson said in a press release. “The United States condemns the Iranian government’s Internet shutdown and continued violent suppression of peaceful protest and will not hesitate to target those who direct and support such actions.”