Skip to content
Contact us anytime. Opening hours: 07:00-20:00
Fast loading WordPress Magazine theme with A+ Support.
EstateAlert.net > Our Blog | EstateAlert.net | invest in real estate in nigeria > News > How Bryan Lourd became one of the most powerful people in the history of Hollywood 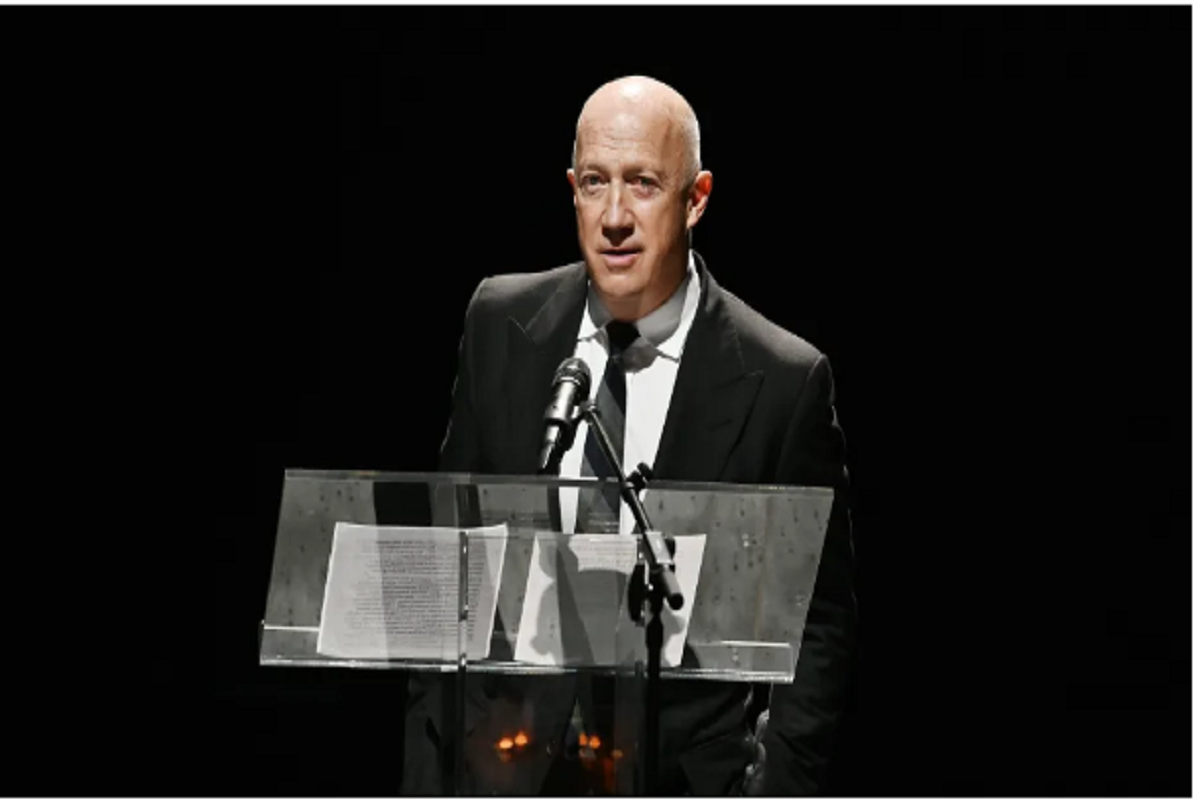 After shocking the corporate world last year with the news Discovery Communications would merge with WarnerMedia, incoming Warner Bros. Discovery Chief Executive David Zaslav had a mission: learn as much about Hollywood as possible and choose the right leaders to help him run the combined company.

While Zaslav solicited Lourd’s advice about whom to hire for Warner Bros. Discovery, he floated an idea by him: Would Lourd consider giving up his job at CAA to come run the famed Warner Bros. studio?Agents have made similar career moves before. In 1995, Universal precursor MCA hired CAA co-founder Ron Meyer to run its operations. Weeks later, Disney hired another CAA co-founder, Michael Ovitz, to be the company’s president and then CEO-Michael Eisner’s No. 2.

Ironically, those hires, along with third co-founder Bill Haber leaving in the same six-week period to run the Save the Children Federation, were what catapulted Lourd into running CAA, part of a group of so-called Young Turks who took over in 1995.

Lourd heard Zaslav’s pitch but never seriously considered leaving CAA, according to people familiar with the matter who asked not to speak because the discussions were private. At the time, Zaslav was considering Michael DeLuca, who recently departed MGM as its motion picture chairman when the company sold to Amazon, to run Warner’s DC Comics film and TV division. Lourd ultimately recommended Zaslav hire DeLuca and fellow MGM executive Pam Abdy to run the Warner Bros. studio.

In June, Zaslav listened. He hired DeLuca and Abdy as co-chairs and CEOs of Warner Bros Pictures Group. The DC job remains unfilled.

It’s not hard to understand why Lourd chose to keep his job.

A constant in a time of upheaval
The entertainment industry is in an “age of great anxiety,” Iger said earlier this month, “because this is an era of great transformation.” The biggest global media companies are consolidating and transforming their businesses to revolve around streaming video. Technology giants Apple and Amazon have become active, deep-pocketed competitors. A new generation has taken over: The CEOs of Disney, NBCUniversal, WarnerMedia and CBS have all turned over in the past four years.

On top of that, investors have soured on streaming video leader Netflix, driving shares down about 60% this year. That’s giving media leaders even more agita as an existential question hangs over the industry: Have the best days in media and entertainment passed us by?

That has caused corporate leaders to lean on Lourd more than ever before, according to more than a dozen media executives interviewed by CNBC. Zaslav calls him “possibly the last true Hollywood star.” An old-fashioned talent agent who loves discussing old movies and doesn’t mind pointing out the flaws in his own clients’ work, Lourd has become arguably the most powerful person in Hollywood. He’s a “wise consigliere,” in the words of ex-HBO chief Richard Plepler, to nearly every major company in the entertainment industry.

Whether it’s advising Zaslav on whom to hire at Warner Bros., or convincing Apple TV+ to outspend everyone on his clients’ future projects, or advising companies on potential board members, Lourd has become a man-behind-the-curtain figure who stands out not only for his power but also for his lack of public persona.

“He’s one of the most powerful people in the history of Hollywood,” said Netflix co-CEO Ted Sarandos. “But you’d never perceive him to be powerful.”

Lourd declined to participate in this story.

“He’s unique,” said Iger. “He’s a statesman in an industry defined by superagents who rose to positions of power by being intimidating. He’s honest. He’ll say things like, ‘Yeah, that could have better.’ He brings people together and takes positions that people galvanize around.”

While Emanuel has become famous for short conversations and one-word e-mail responses, one executive after another noted Lourd always seems to have time for longer discussions about strategy, problem-solving and checking in on personal lives.

“Bryan never feels rushed,” said Apple TV+ co-head Zack Van Amburg. “He’s ready to have as long of a conversation as it takes. That’s a super skill, as mundane as that may seem.”

Lourd’s persona is “brilliant counter positioning” to Emanuel, said Sarandos. Lourd and his co-chairmen have kept CAA private, recently doubling down on the business with an acquisition of talent agency ICM.

Born on the Bayou
Lourd has been a mainstay in Hollywood for decades despite growing up in New Iberia, Louisiana (population 28,143), a little more than a two-hour drive west from New Orleans.

After graduating from the University of Southern California as a double major in international relations and journalism, Lourd began thinking of becoming an agent after reading a New Yorker magazine article on the Hollywood representation industry, according to a CAA spokesperson.

Lourd joined William Morris Agency in 1983, literally working his way up from the mailroom to agent. He left William Morris to join CAA in 1988. By the time he was helping to run CAA in 1995, Lourd was already representing Woody Harrelson, Ethan Hawke and Uma Thurman, among others.

Lourd’s obsession with Hollywood bled into his personal life. He dated actress Carrie Fisher from 1991 to 1994. The two had a daughter, Billie, who is also an actress. Lourd later married longtime boyfriend Bruce Bozzi, who worked as executive vice president of the Palm Restaurant Group for decades, including running its L.A. hotspot for entertainment industry stars and moguls. Lourd shares a second daughter, Ava, with Bozzi. She was born in 2007.

Sure, he’s nice, but he’s still an agent
Lourd is the quintessential behind-the-scenes maestro, said Zaslav, with aspirations that extend beyond Hollywood.

Lourd recently held a dinner party at his home for Vice President Kamala Harris, after strongly advocating on her behalf behind the scenes to be Joe Biden’s running mate, according to people familiar with the matter. He’s on a number of charitable boards, including New York’s Lincoln Center for the Performing Arts, and two foundations developed by his clients — the Clooney Foundation for Justice and Sean Penn’s J/P Haitian Relief Organization.

When Plepler decided he would leave HBO in early 2019, Lourd was one of a very small handful of people with which he shared his decision weeks before he made it public or told his then-boss, AT&T CEO John Stankey.

“He’s an ally you can trust in a world that can be purely transactional,” Plepler said.

Still, in spite of his charm, Lourd is an agent. His primary role is to extract money for his clients. That’s not entirely lost on Zaslav.“He’s both charming and sensitively thoughtful, but at the same time, he can be a real killer shark,” said Zaslav. “But unlike a shark, where you feel the teeth, you hang up the phone feeling good, before a week or two later, when you realize you’ve spent a lot more than you thought you were going to spend. But somehow, you don’t feel bad about it, and you feel he’ll make it up to you on the next one.”

Or, as Lionsgate Vice Chairman Michael Burns said: “He’ll tell you to go to Hell so nicely that you’ll ask for directions.”

Not-so-mysterious ways
Lourd’s hands are on nearly every part of the business of entertainment. That’s part of why Zaslav considered him to lead the Warner Bros. studio.

A standard agent has a list of clients and works to get those people as much money as possible. But Lourd’s clients are such bankable stars that it’s equally important for Hollywood executives to be friendly with him as it is beneficial for Lourd and CAA. Of all the people CNBC spoke with for this story, not one had a single critical thing to say about Lourd, other than blaming him for ballooning talent costs. It’s a testament to his natural personality – several executives weren’t as kind about Emanuel – but it may also speak to Lourd’s power.

While it seems random to outsiders how or why certain films or TV series end up on particular streaming services, it begins to make more sense when viewed through the lens of Lourd.

Step 1: CEOs ask him for advice on whom to hire because of his combination of trustworthiness and knowledge of the industry.
Step 2: Those executives, many of whom can at least partially thank Lourd for their jobs and high salaries, come to him to staff projects.
Step 3: Lourd gets top dollar for his clients through deals signed by those same executives.
Step 4: Those projects deliver billions in revenue for executives.*
Step 4 comes with an asterisk, because only some of Lourd’s projects deliver. Not every movie is a hit, even with Lourd’s roster of stars. But his influence is only growing as the number of surefire stars dwindle.

This year, Lourd convinced Apple TV+ to pay more than $200 million for a Formula 1-themed movie starring Brad Pitt that didn’t have a script. Lourd’s asking price was so outrageous to Warner Bros. Discovery that some executives scoffed at the pitch, privately calling it frothy and “bells and whistles” with no certainty it could be a tentpole franchise, according to people familiar with the matter.

Apple TV+’s Van Amburg and co-head Jamie Erlicht were also unsure of Lourd’s pitch, but they knew the movie would be written and made by the team that did “Top Gun: Maverick” — director Joseph Kosinski, producer Jerry Bruckheimer and screenwriter Ehren Kruger. The only problem was “Top Gun: Maverick” had yet to hit theaters at the time of the talks.