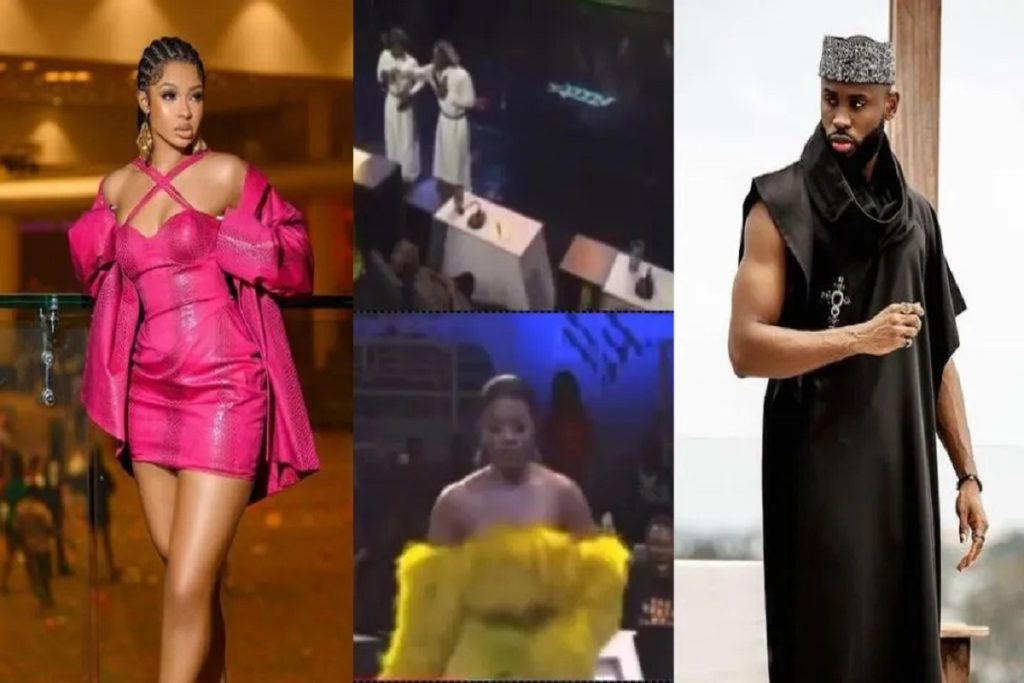 Ex BBNaija’s Liquorose Walks Out On Comedians For Making A Joke About Her With Her Ex, Emmanuel

A video has surfaced online that reveals the moment BBNaija 2021 first runner-up, Liquorose walks out of a talent show after after comedians make jokes about her relationship with her ex, Emmanuel.

Recall during the BBNaija season 6 edition Liquorose and Emmanuel were an item as they ship known as “Emmarose” were the strongest while under the BBNaija roof.

However, during the BBNaija reunion show that occurred early this year, Liqurose said she caught Emmanuel having romantic moment with another lady while on their sponsored trip to Dubai, confirming what Liquorose said, Emmanuel shakes the table as he noted that he never dated liquorose and he ain’t compatible with her.These generated heated exchange between the duo as their relationship ended messily.

However, Liquorose who was a judge on De 9ja spirit Talent Hunt got infuriated by the jokes of two comedians that made insensitive comments about her failed relationship with Emmanuel.

The reality star, however, did not seat a second to stand the humiliation as she walked out while the act was on.

Watch the video below;

A post shared by The Tattle Room 🇳🇬 🌎 (@thetattleroomng)

See reactions the video generated among netizens below;

ademola_daniel_bashir: This is wrong and disrespectful, she loved a man, she didn’t do any wrong, turning a heart break into a joke is terrible !!!

da_dreamgirl: As she should !! The joke wasn’t even funny!!

marianadike: Turning someone’s heartache into a joke, ain’t funny. Just because their affair was highly publicised. At what point do we draw the lines?? Smh these wanna be comedians should do better.

_ste.llar_ : This is the second time they are doing this thing it’s not fair to her.

candykattie: This is all shades of wrong Mehn.

igwe_kinging: This is not fair. Apparently real emotions were involved and it ain’t been that long. People should know what to catch Cruise with