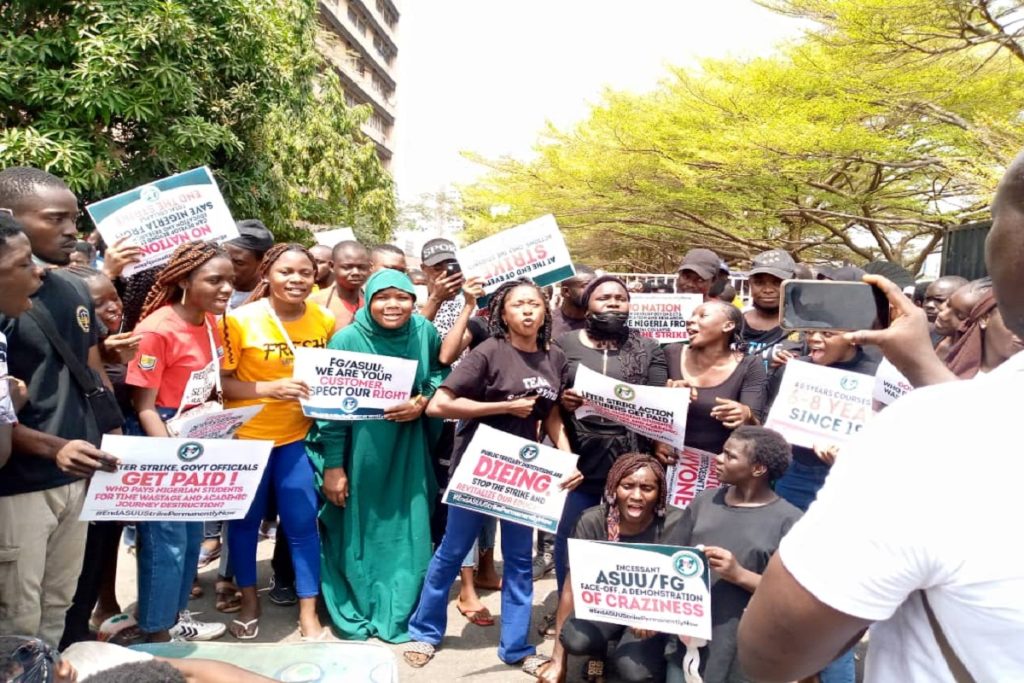 ASUU Strike: Blocking Roads During Protests Is A Crime – Fashola

The Federal Government, on Wednesday, September 14, said that the fighting individuals from the National Association of Nigerian understudies, NANS, that obstructed a traffic-loaded segment of the Lagos-Ibadan turnpike, because of the ASUU strike, are “disregarding” the nation’s regulation.

The Minister of Works and Housing, Babatunde Fashola, SAN, expressed this while instructions State House journalists toward the finish of the week by week Federal Executive Council, FEC, meeting directed by President Muhammadu Buhari at the Council Chamber, Presidential Villa, Abuja.

As indicated by the Minister, the Constitution of Nigeria (as altered) perceives and safeguards residents’ more right than wrong to public fights yet enables no Nigerian to “incur agony and bother for others.”

The Minister’s clarification came closely following the report that the ASUU strike left upon by NANS on Tuesday caused a gridlock on the Lagos-Ibadan freeway, leaving drivers and travelers abandoned.

The dissent occurred soon after the Sagamu Interchange part of the turnpike, towards Lagos.

The fighting understudies conveyed notices with various engravings and recited fortitude melodies as they mourned the strike by the Academic Staff Union of Universities, ASUU, that has been delayed for quite a long time.

They promised to lay attack on the significant interstate and others to commute home their interest to end the strike.

Yet, handling inquiries from columnists on the repetitive gridlock on the uncompleted segments of the thruway, Fashola pursued for additional tolerance from Nigerians expressing that there is no elective course in the all around developed regions.