THE RISE AND RISE OF ASAKE MUSIC 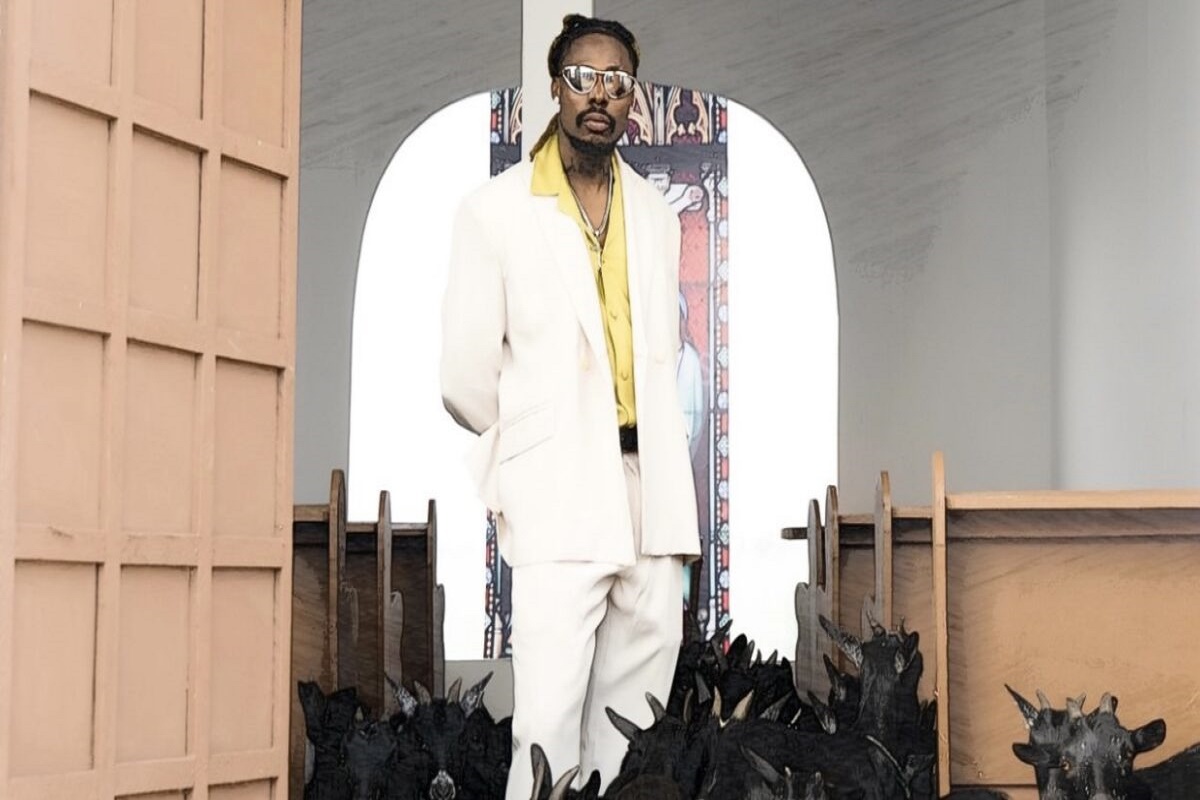 Ahmed Ololade Asake has been the standout Artist so far in 2022 who has managed to release hits back to back from the beginning of the year till date and still showing signs of no stopping any time soon.

Asake decided to start making music professionally in 2015. Inspired by the success of music stars like Olamide, Davido, Wizkid, 9ice, and Wande Coal, he joined the Afrobeats music space, focusing on Afrofusion songs. He fuses Hip Hop, Amapiano, R&B, and Fuji sound to create music that would stand out from other artists.

Here are my Success Rules on Asake Music.

1. The biggest breakthroughs dont happen overnight but via consistency.

2. Power of Destiny Helpers
3. Discover Your Passion and Convert to a Skillset.

7. Pay the price of Success and Reap the Rewards.

THE BIGGEST BREAKTHROUGHS DON’T HAPPEN OVERNIGHT BUT VIA CONSISTENCY

It took Asake 2015 Till 2022 To Blow to become the Successful Superstar we know today that is 7 years in the Making.

Big Success stories have the stories behind the Glory.

Born Ahmed Ololade Asake, he stuck with the mononym as his friends called him, due to his mum teaching in his secondary school. He studied Drama and Performing Arts at Obafemi Awolowo University and started as a dancer. After releasing “Joha” in 2015 to a great reception in his school, he switched to music entirely and carried with him a penchant for captivating crowds with his performances.
In the years that followed, he continued working earnestly, looking for that significant breakthrough. After the first sniff with “Mr Money”, he kept in touch with Olamide through text and got the YBNL boss to feature on “Omo Ope” through his friend and A&R, Yhemo Lee. Eventually, that important text came and Asake signed with YBNL early in 2022. He recorded “Sungba” and “Trabaye” shortly after, with Olamide playing the bass on the latter.

POWER OF DESTINY HELPERS ; NO MAN GETS TO TOP WITHOUT SUPPORT OF SUCH PEOPLE

People Like Olamide Adedeji who signed him up to YBNL and gave him a platform to blow up and tear up the music charts and take his career to a whole new level, Tunde Ednut , brodashaggi, Sydney Talker were amongst a few Influencers who promoted Asake music when nobody knew him from the humble beginnings.

Nigerian Afro-pop singer Asake found breakout success in 2020 with “Lady,” an indelibly sunny track with a brisk beat and good-time vibes. Over the next two years, he built on his popularity with further hits like “Mr. Money” and 2022’s high-profile Olamide collaboration “Omo Ope.”

Born and raised in Lagos State, Ahmed Ololade Asake studied theater and performing arts at Obafemi Awolowo University and was initially focused on dance. He began releasing music around 2018, blending bright Afrobeat rhythms with his own mix of singing and nimble freestyling. After developing his sound over early singles like “Ayeeza” and “Kanipe,” he released “Lady” in 2020, which effectively launched his career. Nods from more established tastemakers like Broda Shaggi and Tunde Ednut helped extend the song’s reach, and he followed with “Mr. Money,” which became one of his signature songs. 2021’s “Don’t Hype Me” and “Yan Yan” helped build anticipation for Ololade Asake, his 2022 debut EP. The EP’s lead single “Omo Ope” featured Nigerian superstar Olamide and subsequently became Asake’s biggest hit.

DISCOVER YOUR PASSION AND CONVERT IT TO A SKILLSET

The market places may not pay you for your passion or things you love until you discover it, nurture and develop it to a Refined Skillset that you can eventually be paid for as a Solutions provider.

He hails from the South West region of Nigeria and belongs to the Yoruba ethnic group. He comes from a Muslim household and was presented with the same faith. Growing up, his father worked as an entrepreneur while his mother was a teacher.
Asake began his journey into the artistic field as a dancer. As a young boy, he loved to dance and was very good at it. He specialized in cultural dance, spending his free hours practicing a dance to improve his skill. As a high school student, he performed at school events, thrilling his schoolmates and staff members with energetic cultural dances. It was from dancing that he got the nickname, Asake.

You cannot have a Billion dollar or Million Dollar Dream and all you have to show for it is a Minimum Wage Work Ethic 😖😖😖 it cannot work.

Although Asake loved dancing, he also had a soft spot for music. Gifted with a sonorous voice, he often thrilled his close friends and classmates with originally composed songs and covers of popular songs.
He decided to infuse singing with his dancing because he wanted to be a better entertainer. On the side, he was also a drummer and a member of his school’s music band.

(SURULERE) PATIENCE PAYS WHEN YOU FACE REJECTION ON YOUR SUCCESS JOURNEY

In a chat with HipTV, the ‘Trabaye’ singer narrated his journey to becoming a YBNL-signed music artist.

Asake said a deal was the last thing he expected after he was told Olamide had decided to feature on his song.

He said he had been begging the rapper since 2020, hence, the reason he clutched at the opportunity.

His attitude while waiting for the breakthrough and patience to wait for 2 years before the eventual call by olamide was key in what he is enjoying today.

A lot of people give up or lost hope at the last minute where they are suppose to be enjoying the fruit of their labour if they were patient.

Always Showcase Your Talent, Product or Services on your Social media Accounts.

He ventured into music at a young age. He also showcased his talent through freestyle videos on social media.

Your customers and destiny helpers are on social media but they need to you post what you have to offer to the market place or solutions to their needs.

Don Jazzy posted this on his page and I quote

“Dear upcoming artists,
From these 3 screenshots you can see that I reached out to Ayra, Boyspyce and Bayanni myself. I won’t have reached out to them if l didn’t see a sample of what they can do on their
instagram pages. For the umpteenth time, showcase
yourself on your page. I know it seems uncool to post a lot.
But then again you would be an uncool artist if it’s only your family that gets to hear your beautiful music till you give up.

Love from The Don.”

Since breaking into the limelight, Asake has become a familiar face in leading shows and events across the country. He earns a lot of money from performance gigs and the royalties generated by his songs.

Asake resides in a well-furnished apartment building in Lekki, Lagos, and has exotic rides (Range Rover) to his name.

When he is not performing at shows or creating music, Asake unwinds by playing tennis, football, and snooker games.

Here are the Success rules of Asake music and hope you learnt from it and found it useful.

Question of the day.

What did you learn from this Success principles of Asake on his Journey to Superstardom?

2022-09-09
Previous Post: The Story That Will Change Your Life For Good
Next Post: Inflation, explained: Why prices keep going up and who’s to blame