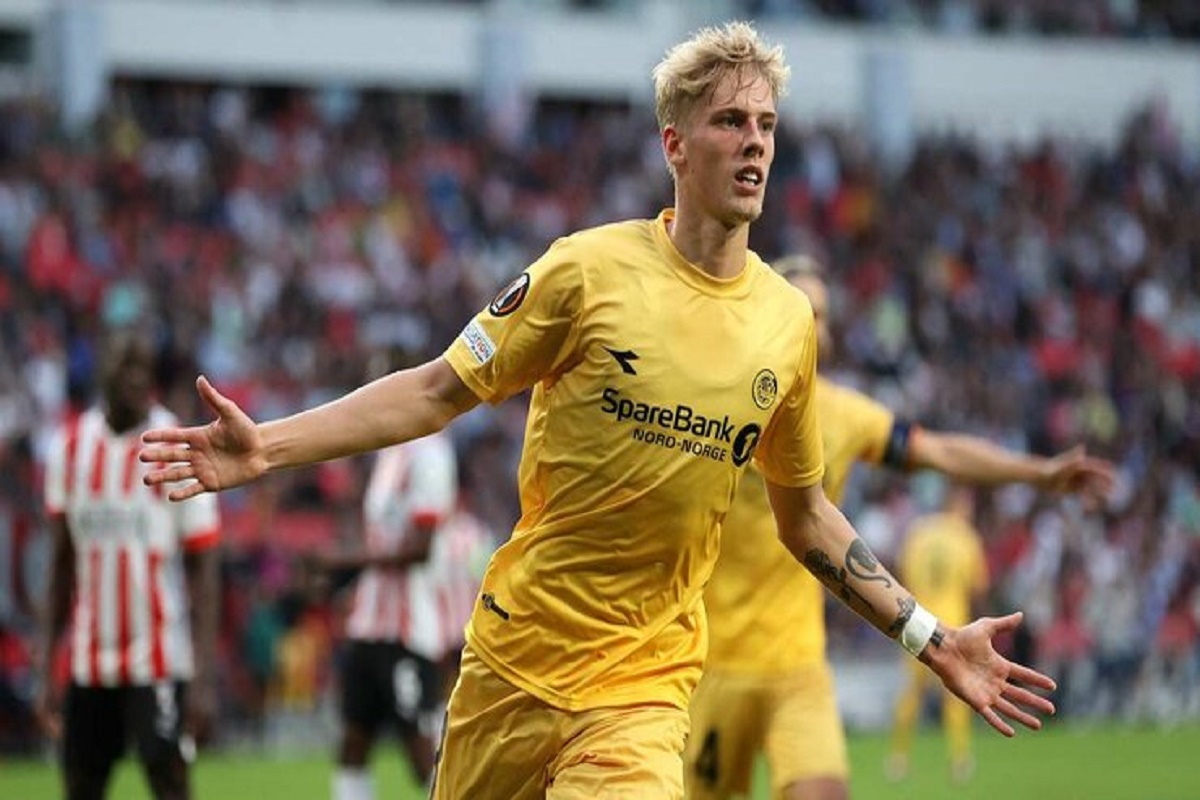 Despite the disappointment of playing UEL football this season after narrowly losing in the Uefa Champions League playoff round, PSV showed early signs of positivity against their Norwegian counterparts. Xavi Simons saw his fizzing shot saved by Bodø keeper Nikita Khaikin inside the first 10 minutes, but the chance signalled a flurry of attacking play in the first half. However, while both sides hunted for an opening goal, the final bit of quality to light up the scoresheet was missing.

The hosts’ frustrations were inflamed on the stroke of HT when they believed they should be awarded a penalty after Yorbe Vertessen was taken down in the box. Almost immediately, the visitors went the length of the pitch and stunned the home crowd thanks to a superb effort from new signing Albert Grønbæk, whose curling shot beat the outstretched hand of the keeper and snatched a lead for Bodø at HT.

Ruud van Nistelrooy’s men wasted no time pushing for an equaliser, and created a host of chances in search of it. However, some last-ditch defending and heroic goalkeeping from Den Gule Horde ensured they remained chasing the match. Finally, the leveller came on the hour mark when second half substitute Anwar El Ghazi played in PSV skipper Cody Gakpo with his first touch of the game, and the forward stabbed home to level the scoreline in style.

With high hopes of making a deep run in the competition, PSV will end the night with a sour taste in their mouths after dropping points at home. If the Dutch side are to advance to the knockout rounds for just the third time in their last seven attempts, they will now likely need to win games away from home.