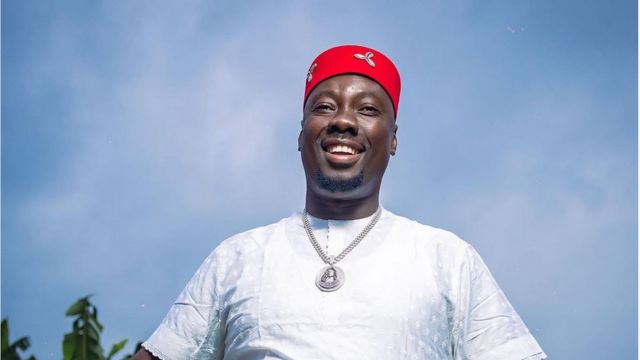 Here are my take on 7 Business Lessons you can learn from The Night life King ,Entrepreneur and Chairman of Cubana Group Obi Cubana on Sales and Marketing of your Business especially on his he launched his latest products in the Market place ODOGWU Bitters.

CHANGE YOUR MINDSET TODAY TOWARDS SELLING LIKE OBI CUBANA IS DOING

Obi Cubana is selling his own brand of drink himself and collaborating with other people also in reaching out also alongside brand ambassadors and connecting with his target market directly, not just by social media only but also visiting different market places in Lagos and key places in the east also.

If you had that kind of product ,What would you be doing?

How would you have tried to sell it?

One to many directly or on only social media?

Also some of you who want success as entrepreneurs are ashamed,reluctant or worse inept at selling
their life changing solutions.

Where are your target audiences? Have you gone out to meet them one on one where they hang out and also position yourself online to attract them?

When last did you go for site inspections or a open house or a Seminar as a realtor ?

Let’s wake up to the reality of the fact that Selling is the life blood of any business.

You cannot experience wealth without learning how to sell your products and services.

Make Sure Your PRODUCTS and SERVICES is serving as a Solution Provider.

The Chairman, Cubana Group, Obinna Iyiegbu, also known as Obi Cubana, has expressed his willingness to create over 5000 fresh jobs for Nigerians with the unveiling of his bitters brand of alcoholic beverage, Odogwu Bitters. In a meeting with journalists in Lagos during the week, the prolific entertainment businessman said the new investment would gulp between N2 billion and N20 billion in the next 24 months. Describing Odogwu Bitters as a drink for all classes of people, Cubana said one of the decisions taken on the product distribution was trust as the firm is prepared to empower people without startup fund but trusted to return the money.

The businessman also elaborated on taking the new beverage beyond the shores of Nigeria, saying he had already started exporting to some African and European countries. He also disclosed his intention to hit the United States with the drink, and also making a big statement by placing the advert in Times Square. He plans to take it to United Kingdom, South Africa and other African countries.

Our marketing strategy is such that Odogwu Bitters will be sold in major countries of the world. Already, we are making plans to sell it in the USA, United Kingdom, South Africa and other countries. I assure you, white people will take Odogwu. And that means foreign exchange earnings for the country. So, apart from creating employment opportunities locally and empowering critical sectors of the economy, we will also generate forex for the country.

We deploy high quality technology to blend it and we have even added some other ingredients such as honey and ginger to improve its quality, yet the price is at par with others in the market.

The current capacity of our factory is 200,000 cartons a month. Our first production was 100,000 cartons. But to my amazement, these were exhausted in less than 48 hours. So, we have already started making plans to increase our production capacity. We are looking at doing 1 million cartons in a month. That means increasing our current capacity five times. Now, we have about 300 employees. By the time our new factory comes on stream, we will have no fewer than 5,000 employees.

The newest bitter spirit brand owned and promoted by prominent businessman, nightlife king, and entertainment powerhouse, Obi Iyiegbu popularly known as Obi Cubana who is chairman of the Cubana Group.

The official launch of Odogwu bitters which was held at the prestigious Pablo by Cubana on the highbrow Adeola Odeku Street, Victoria Island had in attendance all-important celebrities in Nigeria, from movies, music, skits, and notable celebrity influencers.

Several brand ambassadors which included famous actor Zubby Micheal and music street mover, Portable, otherwise known as ZAZU, and actor Alex Okubo, others as MrJollof and Broda Shaggi all showed massive support for ODOGWU Bitters and were unveiled at the event.

Obi Cubana came in handy with his newly introduced brand, ODOGWU Bitters which is already making waves with Sijibomi Ogundele, the enigmatic real estate billionaire and luxury aficionado in Sujimoto’s most luxurious asset in the heart of Africa’s most expensive neighborhood, Banana Island right inside Sujimoto’s new and highly automated building, the Lucrezia by Sujimoto.

Nigerian businessman and socialite, Obi Iyiegbu better known as Obi Cubana shocked many when he stormed a market  to advertise his products.

The billionaire didn’t allow pride, status and wealth stop him from marketing his products.
Obi Cubana, recently added a new business to his growing empire when he launched premium alcoholic brand, Odogwu Bitters.

As a marketing strategy, he stormed a local market to create awareness about his products.

His visit to the market caused commotion as everyone wanted to get a glimpse of him.

The market was so crowdy as many struggled to have an opportunity with him.

Taking to his Instagram page, Cubana shared video of the eventful moment, with the caption: “Odogwu went to the market to market Odogwu Bitters!!!

Here are lessons from Obi Cubana.

Hope you found them useful?

Question of the Day

When last did you sell your market to your target audience?

What problems is your products and services Solving for your customers ?

2022-03-26
Previous Post: WHO ARE YOU BLAMING DEAR REALTOR FOR LACK OF RESULTS IN YOUR PERSONAL LIFE AND CAREER?
Next Post: Real Estate Facts for Those who want meet their Sales targets in 2022.